Aid Lorries out to Hungary and Romania
We can only show our gratitude to all who donated, contributed their time and efforts, into this wonderful expedition, by saying, THANK YOU.

It is never enough I know, but it is only Words I have to express my gratitude.

I could never have contemplated the outcome, of what would happen in the future when I visited my friends in Ireland

In inviting them to come out, and meet the lovely people that we are partnering with in Hungary and Romania, they fell in love with them. The Ireland folk saw the much poverty, and the needs. They took an assessment, and true to their compassionate nature they went home and took action.

In April, and May of this year, Donald and Shirley Buchanan, escorted two 42 lorries filled with vitally needed aid, out to Hungary. One lorry came from Scotland, thanks to the family, and friends of Donald, and the Highway and Byways Ministry. 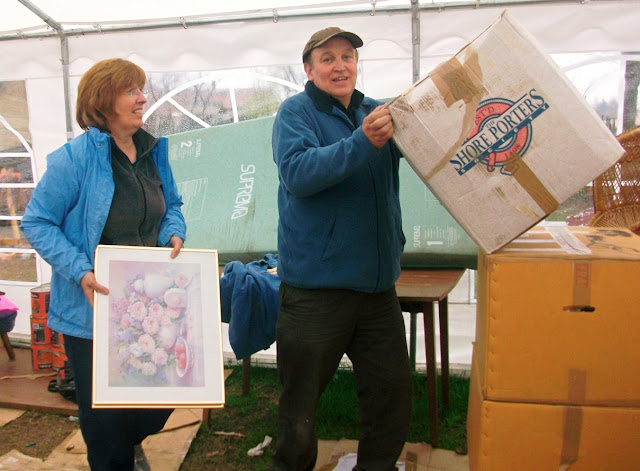 The other lorry came from both Southern Ireland and from the North. Arranged, and organised by Shirley Buchanan s rother Jim and Anne Graham, they worked tirelessly for 3 months to fill up these massive lorries with everything you could imagine. Food was asked for, so ton s of dry food was packed and sent. Clothes, shoes, toiletries, and beds, chairs, prams, sewing machines, and cutlery, and crockery were all packed and sent with love. Donald and Shirley drove there in their private car, to meet the lorries, and then to help distribute the aid. I met them there on both occasions to see how the distribution was getting on, and to enjoy the happy faces of all the children who received their gifts and food.
While in Budapest I was invited by my friend Balazs Kovic, to speak to his group of physically disabled youth. My talk to them was about empowering them to be ABLE, and not to label themselves. There were about 15/18 young people, who hung on to every word, because at last someone told them that they were WORTH something, and most of all to themselves. Some were in wheelchairs and some literally couldn’t speak or express themselves. I gave everyone a hug and a kiss, and that spoke volumes to them all, and they responded by smiling, and inviting me back.

I’m going back in August, and hope to continue to watch this group of people to develop, as they live their lives, making us ABLED folk look inadequate, and achieving their dreams and goals. 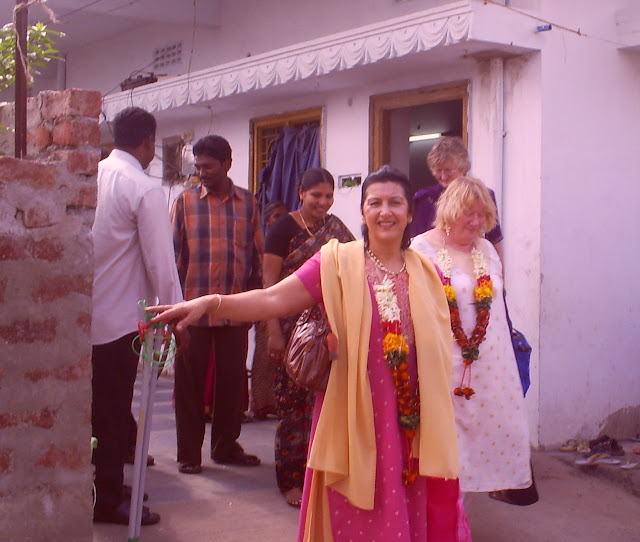 We have done so much this first part of this year. Just over a year and a half ago, The Sunflower Trust , bought a small parcel of land in Bangladesh. Thinking it would take at least 3 years to get some form of small building on the property, we have done it in one year. Our vision is to set up a small medicine dispensary for the local people who are so poor, they can’t afford a Doctor, never mind medicines. It is only a small project, in a jungle like area, but it will help so many women and children. Mortality rate is high, and there are many mentally and physically disadvantages children.
Simple off the shelf medicines, is all thats needed to change these statistics. Vitamins will be life saving
In India, our 33 Tsunami children are doing very well, especially in the School. They all went down with a virus at one time, but with a quick acting Father in Giribabu Neela, medicines were had, and the illness over come.

In January, Giribabu told me the land opposite the Children’s home had come up for sale, and could we help in purchasing it. We, The Sunflower Trust, had no money in the account, because it had all been sent out to the other various projects we are involved in, for Christmas. Suddenly a burst of money came in at various intervals, from 5 different sources, and we were able to send the £2000S out to Giribabu. By April it was bought, and now the children have a place for recreation, and the cooks, have a place to cook their rice, outside on the fire. We are all so very grateful for all the contributions people in this country gave, to make all these things possible, so other people can share in our posterity.

Paula from Brazil sings for International Day of Peace

The International Day of Peace, also known as the World Peace Day, occurs annually on September 21. It is dedicated to peace, or specifically the absence of war, such as might be occasioned by a temporary ceasefire in a combat zone. It is observed by many nations, political groups, military groups, and peoples. The first year this holiday was celebrated was 1981.

To inaugurate the day, the "Peace Bell" is rung at UN Headquarters. The bell is cast from coins donated by children from all continents. It was given as a gift by the Diet of Japan, and is referred to as "a reminder of the human cost of war." The inscription on its side reads: "Long live absolute world peace."

A Ray of Hope, UNESCO Youth Ambassador for the Culture of Peace, has celebrated and promoted, in a myriad of ways, this so necessary day.

Our theme this year will be the acknowledgement that the blossoms of our planet are our children. We need peace to allow them to bloom and realize their true potential. One such child is Paula Eduarda from Brazil a 12 year old member of A Ray of Hope. The songs are sung by Paula, and as we listen to this video we are not only witnessing this rare talent but also joining with all those who celebrate International Day of Peace.

Please promote this video in every way you can make it a favourite if you wish. As a little bit of fun, all those who leave a comment, link videos or make it a favourite, will be entered in to free draws for large Nepalese Batiks. Winners will be announced on the Day of Peace.

Join with Paula, and all members of A Ray of Hope in making this Peace day the most successful to date. And maybe one day the results of our planting will allow all children of the world to flower.

This video is because of Paula in one continent recognised the potential of little Paula in another.

Nigeria - supplies begin their journey - a thank you !!!! 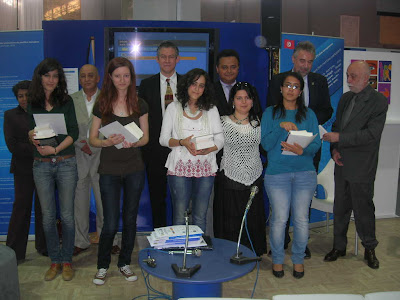 I attach photos from the prizegiving ceremony in Tunis last week (27th). All students (they were 29 to compete) got books given by two "maecenas", and the four best students will go to Paris for ten days during July : I got four flights from Tunisair through two ambassadors, and the stay in Paris is offered by Ecole Normale Supérieure. It was a great ceremony on the UE pavillion during the International Book Fair in Tunis with the Chief of the UE delegation in Tunis. The Tunisian press did three articles between April 24th and April 29th to report the event - Patrick 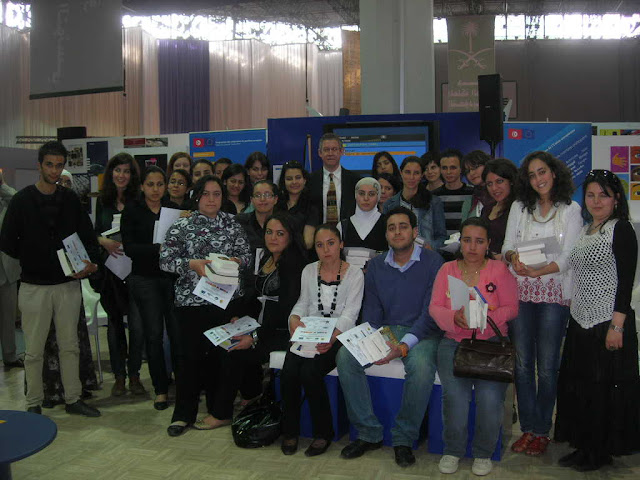