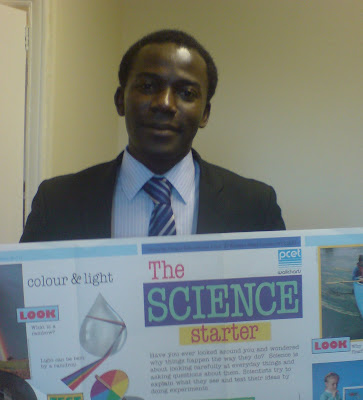 5. Yiling - most appropriate comment to the ethos of A Ray of Hope - United States

Best wishes and again our congratulations.

Hungary - preparations being made for the container to assist 9 villages. 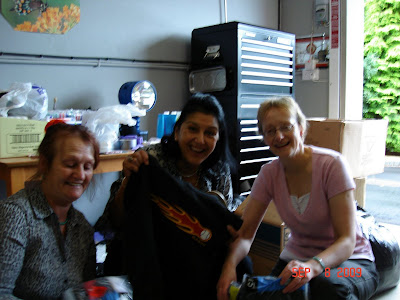 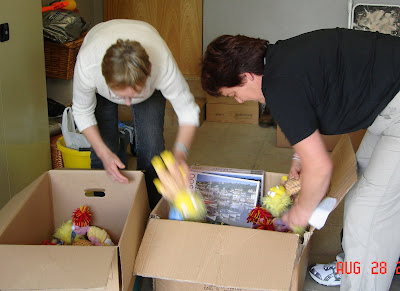 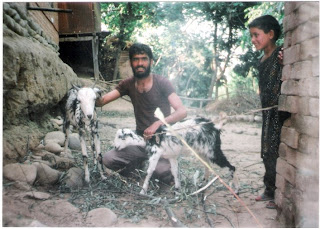 Here is a different perspective....the commercial sustainable model...o'course on a very small scale...
We have been educating some of the the villagers in Kashmir regarding livestock breeding and its benefits.
When asked, most of them would say that an extra Rs.2000 per month(approx $50) is all they are looking for as a regular income... O'course we need to teach them to dream bigger!!! But for the start, we have given them 1 or 2 goats from our own stock (our organization is called SNOW VALLEY FARM) to look after for a 6 month pilot run.
The deal is very simple. The goat belongs to us(Like in the 'library' model). We also take care of the vaccination cost, etc. They keep the milk and the fur. By simply selling the milk, they can earn around Rs.1000 per month from each goat. Hence they can decide how much money they'd like to make and opt for those many number of goats. They can make Rs.2000 per month by simply looking after 2 goats. Eventually, we want them to start thinking bigger and look at livestock breeding as a sustainable option, thereby contributing towards the growth of the industry as well. 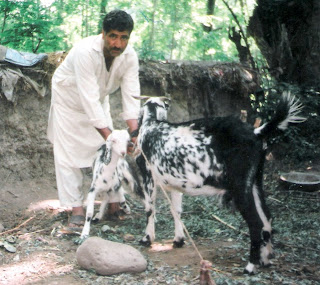 We are also trying to get them interested in the existing Government run schemes which are very attractive and requires absolutely no investment from their side. They are hesitant, probably because in that scenario, they'll have to wait a while before they can start making money...The Government starts them off by giving them 25 sheep or goats and they are supposed to return 5 back every year for 5 years, starting from the third year onwards - a fantastic opportunity if you ask me. However, they were happy to try our promotion, perhaps because they realized that they could earn right from the first month.  Although it is the women who will eventually look after the livestock, we have the men here, posing with their goats. The women are not allowed to be photographed.

To give you a background, this 'school' operates at 14000 feet....where there are no roads or telephones or any kind of connectivity.....Our shepherds make their makeshift camps for about 6 months...only hardcore trekkers like us can reach them - This is our very modest effort to rehabilitate these children who have no way of acquiring any form of formal education....Their teacher(for the time being) is a shepherd who has high school level education.... 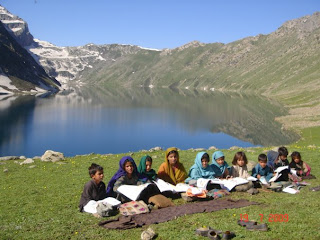 We are also supporting an initiative in Srinagar(Kashmir) catering to children below 5 years. Children are eligible to go to school at the age of 5. These children belong to small time artisans, masons and other workers. Ordinarily they would be found running around helter-skelter on the streets when their fathers are out working and the mothers are busy tending to the house. The women in Kashmir are mostly confined to the house. Here they are taught basic values, the concept of sharing, making friends and are introduced to their first English alphabets and numbers.
This is where the baby clothes library could be established... However, we will require only winter clothing, full sleeved uppers and full length lowers - going by the cultural and social requirement of the place.
There is a very interesting story about how and why I chose Kashmir as an area of work....perhaps I'll share it with you some day over a cup of coffee! But I'll leave you with an interesting thought....Kashmir is perhaps the only state in India where everyone has their own piece of land and they all have enough(spell non vegetarian food) to eat!!..Compared to our other states like Bihar, Andhra Pradesh or Uttar Pradesh where landless farmers are driven to commit siucides because they are unable to feed their families.....Have you ever wondered why then did the youth of this pampered state resort to militancy as an option?????

Many congratulations to all at the Metta Centre as they celebrate their 9th anniversary. A plethora of love and attention, enthusiasm and endeavour. The best wishes of A Ray of Hope have been proffered to the Metta Centre Community. 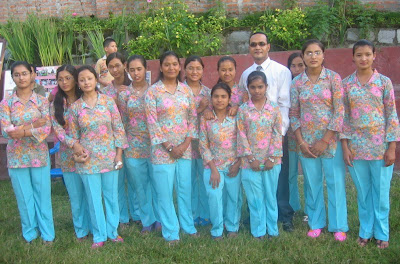 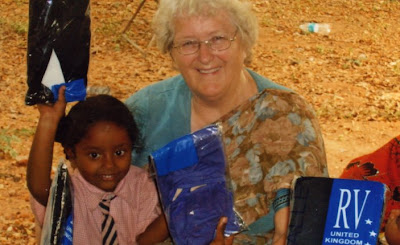 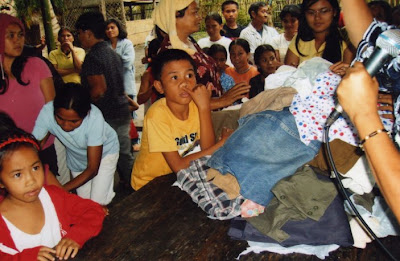 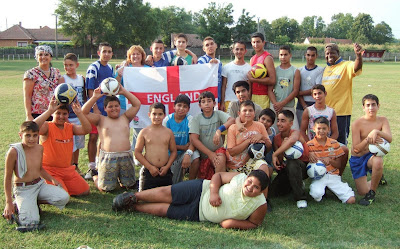 Football Coaches come to Nyirbeltek in Hungary for football and fun

There were 7 in our team, going on this football mission.


Thelma Lynch, Holyhead, Kizzy Price (my Grand daughter),Pastor Liz Boote Chester, Melanie Price, Michael from London, Paul Perris from London, and Marc Edwards from Wales
It had been planned for 3 years that Michael and his friends would come out to Hungary, to teach the poor children in the villages the basics of English Football. They might as well have been 3 David Beckhams, because the children in all the villages were just so excited and expectant. They got more then they bargained for and so did we. They turned out in their 100s and some of the children only wore flip-flops and underpants.
Fortunately we had football shirts and football trainers and boots provided kindly by A Ray of Hope. The children queued up patiently waiting to see if we had their size. So much fun was had by the trainers and coaches alike that the children did not want them to leave after the two weeks was up.

Black Rock FC, has now attached itself to Nyirbeltek FC, Hungary, and they will return next year again with more coaches, footballs and football strips. The villages and Communities alike were united together in fun, and laughter through football, of course all the lovely girls came 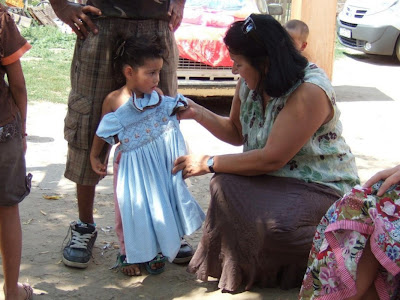 along to urge their teams on. This is a perfect example of how we can bring inclusion, and unity by Sport, and fun. The coaches themselves had never experienced such a great feeling of achievement, and a wonderful winning time was had by all. Kizzy, my Grand daughter got on well with all the young ladies, and she shared her life with them and counselled them about some personal issues, and heard of their very difficult lives. Kizzy cried..............Kizzy made some beautiful new friends, and promised to keep in touch and return next year.

Our aim is always to feed the poor, and bring relief to the needy, and to make friends and unite communities with LOVE, and UNDERSTANDING. Guess what, IT WORKS..........
We visited Bag, and gave out gifts for the children, for once they all looked well, and happy. The children, some naked enjoyed the warm Summer Sun.
In Hadjunannas, we found our friends who had been evicted from their homes, to see them happily re-housed in a block of flats, and they had been given jobs as road sweepers, and chilli pickers. We sought them out in the town by blowing the Shofar, the children heard the sound of our instrument and came running, shouting Melanini, Lizzini, and we went to their new homes to hear what happened after we had sent in the Racial Equality men from Budapest......guess what...ha ha ha happy ending
Sadly to say while we were in Nyirbeltek enjoying each others company, some Nazi skinheads came into Kissletta, the next village and shot DEAD, a Mother in front of her 2 children, and then sliced the children up with knives, we were devastated, and couldn't believe that this could happen in 2009. One of our men went to the funeral the following week and said it was more then he could bare. This has been happen on a regular basis, as organised gangs come in the night to bring DEATH and Destruction. 8 in Nyirbator, 5 In Hadjunanas. We are doing something to change prejudices and negative attitudes to save lives.
Not to end on a gruesome note, but we are making IMPACT, by understanding and befriending the loveless, homeless, and underprivileged.
We are going back on September 21, wit more LOVE, JOY and HAPPIY TIMES.
Sunflowers Growing very well...thank you to all who help and who care