UK Plus - Andy and Foundation for Endangered Species

News from Andy and the Foundation for Endangered Species


WILDLIFE ZONE NEWSLETTER NOVEMBER 2009
The Wildlife Zone radio programme is broadcast every Wednesday between 7.00pm and 9.00pm at Radio Wexham.

Throughout November and December the following items will be included in these broadcasts.

The Environmental Item will include; Lions, Hunters and Scavengers, Elephant, Monkeys, Plant Eating Birds, Hunting and Scavenging Birds, and Insects and insect Eaters.

The Featured Topic includes articles by or about the Foundation for Endangered Species. These have often been published in local magazines such as ‘In and Around Denham’, ‘In and Around Iver’, Chic Chat and Conserving Wildlife. Articles for international and national magazines as well as for the ‘Pen and Ink Club’ website are also included.

News items. These include local activities such as Photographic Exhibitions, Beach-cleaning dates, Stalls, talks and presentations, and other activities often related to the Foundation for Endangered Species.

Expert Guest Speakers. John Dickens will be having a telephone-in and will be talking about the conservation holiday in Nepal.

Abi Rotimi will be in the studio on November 25th, and will be talking about Nigerian Wildlife.

Louis Dixon will be another guest in the studio, talking about seahorses. The date is still to be confirmed.

2010 is the United Nations International Year of Biodiversity. AM has been asked to give his views on how UNESCO UK can engage and respond to the UN. AM has forwarded the initial views of the Foundation to the UNESCO secretariat for further discussion. We will keep you informed as things progress.


NEWS OF RECENT ACTIVITIES
The ‘Himrain’ photographic exhibition was successfully held at Iver Heath library for 6 weeks. Irene Catt closed the exhibition and also celebrated 30 years as a local councilor. We plan to have another exhibition here that is of local interest.
AM has been made the representative for the marine Conservation Society’s marine litter projects for the whole of the South East region. The region roughly stretches south from King’s Lynn to East Anglia, Essex, Kent and Sussex. The Foundation has been Beach-cleaning successfully for 5 years, and AM has given interviews for ITV, BBC and various radio stations.
Conserving Wildlife magazine and e-zine has gone from strength to strength in 2009, but is struggling to gain an income to sustain its progress. It has gone from a 4 page to a 16 page document and now has a circulation of about 7,000. It is the best charity magazine on general sale and is the only magazine that represents endangered animals.
The newly formed marine Diving Team successfully helped survey the sea floor during our last Beach-sweep at Rottingdean in September. The team is a club from west London and welcomes new divers to join them. Colin Mills at the Black Horse, Eastcote has given the Foundation a back room for our CAMP headquarters; furthermore Colin is also a skillful diver and is interested in our progress.
The Foundation has made 3 badges that include FES, HIMRAIN and the Wildlife Zone. John Dickens took these badges and some correspondence to Nepal on our behalf. John handed out these badges to the orphanage of Rampur village in the Chitwan district. 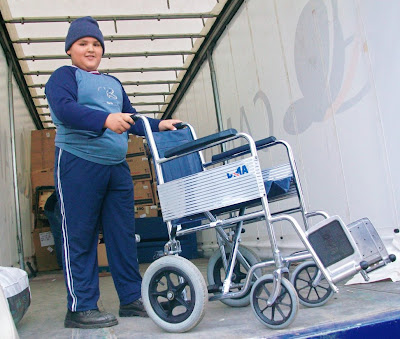 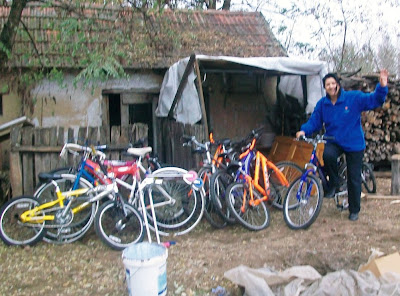 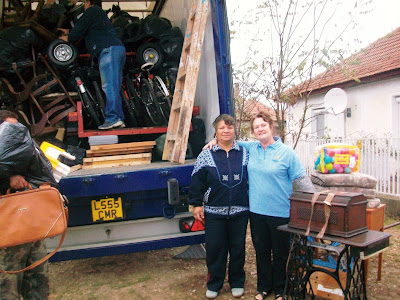 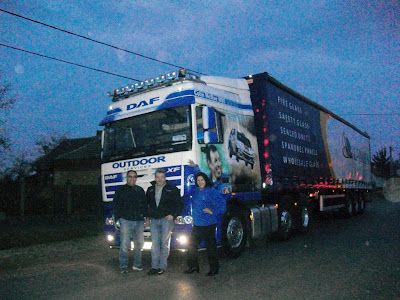 A Ray of Hope over the Aegean Sea 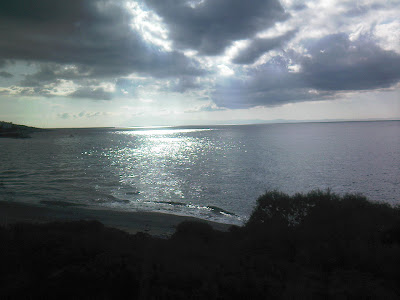 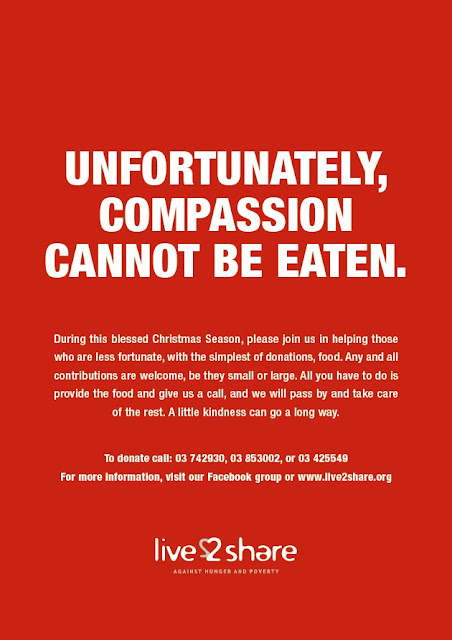 “The right time to eat:


For a rich man, when he is hungry   For a poor man , when he has something to eat “

Since hunger knows no friend but its feeder, we count on you just like every year to help us gather enough food for the less fortunate.

Kindly check the attached pictures in order to have an idea on the boxes of basic food products that we distribute every year around Christmas.

Those of you who are interested are kindly asked to send me their donations before the 17th of December 2009. Any contribution is highly appreciated.

PS: if you know someone who can benefit from this initiative, kindly inform me of their name and address and whoever wishes to participate in the packing and the distribution process is more than welcome.


Thank you and may god bless you with his Goodwill.


if you can't feed million people , start by feeding one

1. Assign a day or two days of the week to communicate with your Mentee e.g. Every Tuesdays and Thursdays or strictly weekends! It might be in the early hours, afternoon or evening time. Communicate
thus, with your Mentee.
2. Build a healthy relationship. Cultivate a friendly environment for your Mentee to ask Questions and feel free also to ask your Mentee questions. Don't limit your questions to Academics alone, since there
are factors that are responsible for academic performances.
3. Be a friend, Listen more.
4. Care to pay a surprise visit to your Mentee's House or School? It shows how much you care.
5. Get to know/meet with your Mentee's friend(s), Parents, Principal etc.
Watch out for more tips. . . . . .
You are invited

On the 18th and 19th of November, 2009, Resource Sharing Network shall be paying a School Visit to our participating Mentees from Ikeja Senior High School and Babs Fafunwa Millennium High School respectively. Time 11:00a.m - 12:0Onoon daily. Should you be interested in attending, RSVP Bayo on 08033957518 or Call Celestina on 08033003854

Container from Northern Ireland arrives safely with the villages in Hungary. Many thanks to the army of supporters who made this possible. 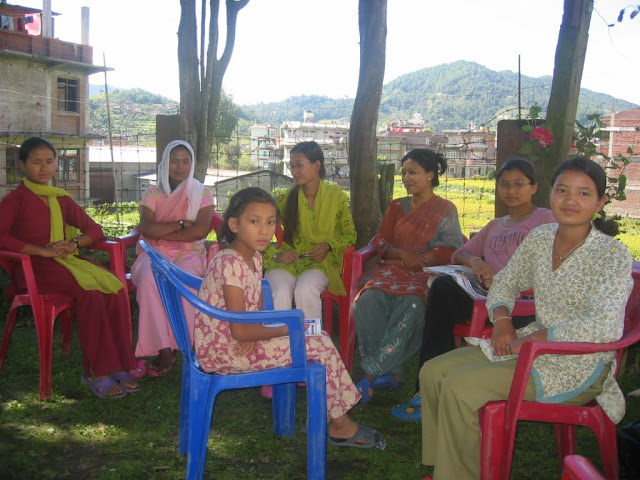 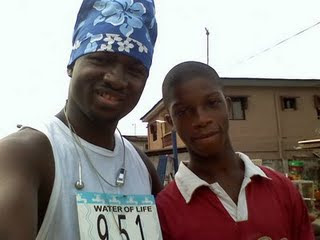 This is a short note of Appreciation to one of our Mentors in the last Mentoring cycle -Mr. Tunde Majiagbe.

We cannot but appreciate his efforts and commitment to making his relationship with his Mentee -Farouk Tackie work. Indeed, he's been a

true friend and a Mentor with great motivations to pass on the baton of excellence to his Mentee. To mention but a few of his activities with his Mentee. . . . He is become a friend to Farouk's Family, A

Class Act Mentor, who despite his busy schedules in his working place -a Bank, still finds time to visit Farouk, motivate him and bought the last GCE form for him.

Thank you for your selfless effort, Sir.

Attached herewith is a photograph of Mentor Tunde with his Mentee.

Once again, we welcome everyone to an exciting and fruitful mentoring cycle.. . .

It's a new month and we welcome you to the begining of our Youths
Mentoring Cycle 2009! Wishing you a blissful month.

To those Mentors who have received their Mentee's information, We wish
you a fruitful and healthy relationship. Pls, kindly endeavour to
maintain regular contacts with your Mentee, It's necessary for the
growth of your relationship! Remember, we haven't paired you with a
perfect child/student, but with one who needs your encouragement and
elderly assistance to face some life's challenges!

To those Mentors who are yet to submit their form. We eagerly hope to
receive it shortly, as your information would help us to pair you with
the right child. We value your interest and participation.

Lastly, to those who aren't interested in Mentoring because of their
"tight" schedules, we enjoin you to be a part of our other Sponsorship
Programmes!
Such as:

Sponsoring a Deaf Child to school (N10, 000 per academic term - We
send you every necessary details of the child, picture, school, parent
information etc)
OR
Sponsoring the purchase of the next GCE/WAEC form for the less
priviledged student etc.
OR
Sponsoring a Tutorial session for Mentees -N2, 000 monthly (this
engages a student in a tutorial class for a period of 9months)