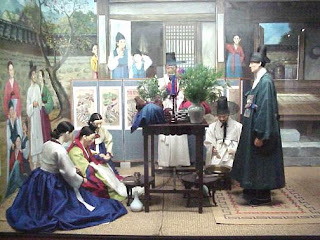 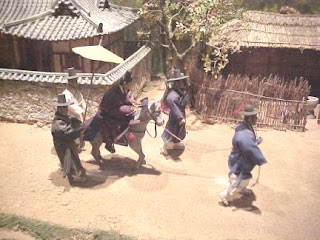 Traditional Korean Wedding
In Korea, the marriage between a man and woman represents the joining of two families, rather than the joining of two individuals. As such, the event was often called Taerye (Great Ritual), and people from all over participated.
Steeped in traditional Confucian values, the ceremonies and events surrounding the actual marriage were long and elaborate, from the pairing of the couple to the rituals performed after the ceremony. In the traditional Korean marriage, the elders of the prospective bride and bridegroom's families decided on all matters regarding the wedding, including the decision of whether or not to marry their son and daughter to each other.