Somali - from David Wardrop in London 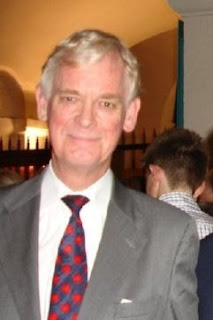 The Independent - from David Wardrop - a friend and member of A Ray of Hope - and chairman of the Westminster Branch of the UNA.
Sir
Daniel Howden describes well the dilemma facing northern Somalia's fishermen who have been powerless to stop fleets from distant states fish their waters with impunity (We're not pirates. These are our waters, not theirs, 14 November). At last, the international community is paying attention although it has yet to define its strategy. The best immediate solution to this continuing piracy lies with the EU, not NATO. By combining an offshore policing role with a commitment to development in the North Somali coast region, it can kickstart its existing, stuttering programmes.
The EU's new UN-granted mandate should have these elements. Firstly, to reassure Somali fishermen that their territorial waters are no-go areas to foreign fishing fleets. This will encourage local Sultans and other leaders to counsel rejection of pirate activities, as Daniel Howden implies. Secondly, to involve Somalis in the effective surveillance of this programme. Thirdly, to direct allocated but unused ECHO funding towards rebuilding piers, docks and freezing plants in Laasqoray and along the northern coast. This will encourage these leaders, along with international agencies, to release unused post-Tsunami grants to these same ends. Fourthly, to set up, equip and train an East African Community littoral patrol fleet. There are indications that the worldwide Northern Somalia diaspora who mostly support development, not conflict would then commit supporting funds to such local programmes. In this way, the circle of support is completed.
In summary, the UN’s mandate to the EU should be one which seeks to engage the coastal inhabitants of northern Somalia, not one which knocks their fishermen turned pirates out of the water.